Can Mold Be Identified by Odor? 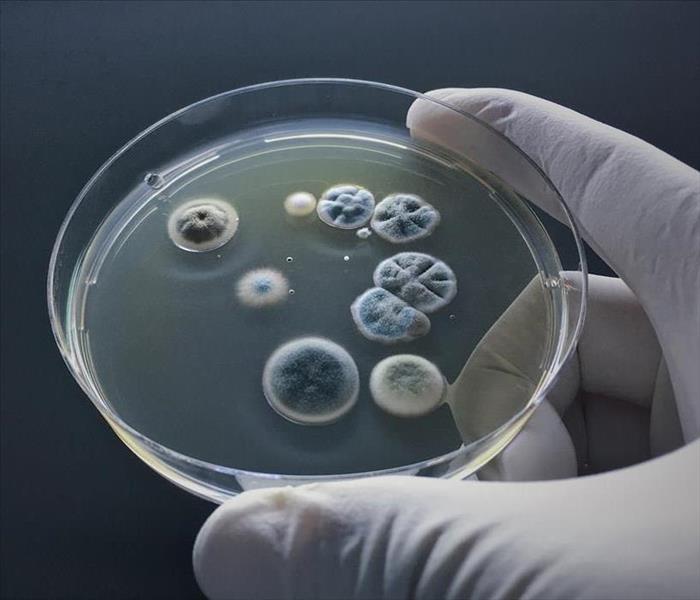 With over 100,000 identified species of mold and more than 10,000 species that can thrive indoors, it is impossible to accurately identify fungi growing in a structure by sight or smell. A musty odor indicates that mold or mildew may be growing, but is not the same as mycotoxin. Find out more about the causes and characteristics of mold-related odors.

Mold has a distinctive odor. Any of the following characteristics suggests that mold may be present in a structure:

The musty odor that is typically associated with mold originates from compounds released during the active growth cycle. Dried spores from dormant growth do not produce as many of these compounds.

Microbial Volatile Organic Compounds
Mold in the active growth cycle releases microbial volatile organic compounds as off-gases. These byproducts of the metabolic process may include acids, alcohols, aldehydes, ethers, esters, and ketones. Different mVOCs produce unique odors. The presence of any odor that could be classified as moldy may indicate that these compounds are present and that mold could be growing in a structure.

Air Sample Analysis
Professional mold testing and lab analysis are necessary to identify mold species and determine whether a fungus produces mycotoxin. A device such as an airborne particle collector, cassette sampler, or impaction sampler may be used for this type of testing. It can take several days for the results of lab analysis to become available. Having more detailed information about mold species is helpful for determining containment requirements for mold remediation.
If a moldy odor is detectable in a building in Trevose, PA, the property owner or manager should arrange for professional testing. He or she should not attempt to locate mold hidden behind walls or over ceiling tiles. Disturbing a colony in any stage of growth could result in exposure to spores, mVOCs, and mycotoxin.